Dr. Lin returned to his hometown of Eugene in 1997 when he joined the physicians of Rehabilitation Medicine Associates. After graduating from Sheldon High School, Dr. Lin earned his Bachelor of Science degree at the Massachusetts Institute of Technology (MIT). He then attended a joint, 5-year program at the University of California at San Francisco where he received his Doctor of Medicine degree and the University of California at Berkeley where he earned his Master of Science degree. He received his specialty training in physical medicine and rehabilitation at the University of Washington Medical Center in Seattle, Washington. In addition to physiatry, his practice focuses on electrodiagnostic evaluation and sports rehabilitation. Dr. Lin has a special interest in dance medicine, and collaborates on biomechanics research at the University of Oregon. He has nearly three decades of experience in the martial arts, including nearly fifteen years training in tai chi chuan. He believes firmly that many tai chi principles can be effectively employed to enhance modern exercise/rehabilitation and sporting activities.

When to Go En Pointe — When should the aspiring ballerina go en pointe? This article summarizes opinions from across the world in an effort to bring clarity to a controversial issue, including results of some of the latest research at the Harkness Center for Dance Injuries in New York City.

Common Dance Injuries. This article gives a framework for the management and rehabilitation of some of the most common dance injuries, with specific examples. The recovery process is far from over when the pain is gone.

Anterior Knee Pain — Alignment and Injury in Dance. This article takes a common dance injury and uses it as an example of how deficiencies in one part of the body can lead to injuries in another. 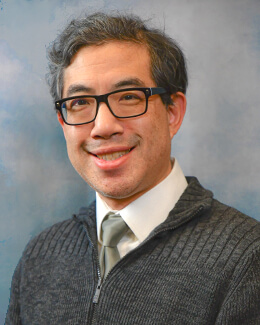